A wedding is one of the most special days for people around the world but the traditions and customs change from place to place. If you’re about to attend a Vietnamese wedding or you just want to learn more about our culture, read on.

Are you going to marry a Vietnamese man or woman? Did you just receive an invitation to join the ceremony of your friend’s wedding in Ho Chi Minh City? If yes, you will need to have a little knowledge under your belt before the wedding ceremony. If you want to know more about the customs and ceremonies in the biggest city of Vietnam, this article is for you.

In the past, every wedding included six main ceremonies held on different days. Nowadays, as time and culture have evolved, there are three main ceremonies which happen on the same day.

This ceremony is an official meeting between the two families of the couple. On a beautiful day, the man and his family will bring traditional gifts such as betel and areca nuts, fruit, and sweet treats to the bride’s house. These gifts must be presented in even numbers. The parents of the groom will pray in front of the altar of the bride’s ancestors, then ask her parents for permission to allow their children to date. And yes, this is just a formal ceremony to ask for the bride-to-be’s in hand…dating!

This ceremony happens because of the arranged marriages of the past. In the past, the groom and bride didn’t know each other so this represented their first formal meeting. The ceremony is now just a procedural event to honor these customs. The two families will get together for an intimate meal and they might talk about how to host the wedding. This typically happens a few months before the wedding. In some cases, it can also be hosted one to two years before the betrothal ceremony.

The betrothal ceremony is an official marriage announcement given by the families to their friends and relatives. The woman is presented as the fiancee of the man, and the man is accepted as a family member. He can now call the parents of the woman “mother and father”.

Le an hoi used to occur before the actual wedding. However, to simplify the wedding, it is now held on the morning of the wedding. Family, relatives, and close friends of the groom and bride will join this important ceremony.

In the South, the groom’s family has to prepare gift boxes in even numbers. In both regions, the girl’s family decides the number of feasts for the wedding as well as the gifts. Usually, the gifts will be wine, tea, betel leaves, a couple of candles, fruit, wedding pies, a full roasted pig, a traditional wedding dress, and more.

The most common question that most of my foreigner friends ask me when we accept an invitation to join the ceremony team is: “What will I do?” I usually tell them to “go with the flow” because there will always be someone to guide you. However, if you want to know about the ceremony script in advance to have some ideas about what is going to happen, well, here you go!

In the morning of the betrothal ceremony, the groom and his team (including the family members, relatives and friends) will bring all of the red-covered gift boxes to the bride’s house. The group will be lead by grandparents and parents, followed by the groom, the ceremony team and other people. When they arrive, one person from the bride’s team will greet them in front of the flower gate to receive the gifts and invite the family to enter the house. This is also when the ceremony team of the groom will hand the red gift boxes to the bride’s ceremony team. These ladies will bring the gifts inside, place them on the table in front of the ancestor’s altar, and return outside.

Then, both the bride and groom’s family will take turns introducing each member of the family. The representative of the groom’s family (usually the groom’s grandfather or father) will make a speech about the reason why they gather there and talk about the gifts to the bride’s family. The representative of the bride will say thank you and accept the gifts. Then, the gift boxes will be opened.

After these procedures, the bride’s mother will walk her daughter to the ceremony room and hand her over to the groom. Now the tea ceremony begins. The groom will pour tea into a small cup and the married couple will offer tea to the wedding host (or the matchmaker) and the bride’s representative. Next, the bride’s mother will choose a few gifts and make offerings to the altar. The groom and bride kowtow to the ancestors to pray for happiness and luck for their marriage. Then comes the gift-giving ceremony, the groom or his mother will wear earrings for the bride. Earrings are considered an important engagement gift for every wedding. Other family members will also give the bride other jewelry such as necklaces, bracelets, and money. But this is optional.

Finally, the bride’s family will divide the wedding gifts into two parts and send it back to the groom’s family. Those in charge of distributing the gifts must do it by hand and not use a knife or scissors. He/she will also place the box cover upside down. The ceremony ladies will hand it back to the groom and all of them will stand in two lines in front of the house. The groom and bride will give them a red envelope with money inside to show their gratitude as well as send the ceremony team luck to find their other halves.

To finish the traditional wedding ceremony, the couple will hold a wedding reception. In modern times, this ceremony usually occurs right after the betrothal ceremony. The bride will say goodbye to her parents and family and follow the groom to his house. According to traditional customs, the mother of the bride must stay at home and hide her tears because tears symbolize sadness. Upon arrival at the groom’s house, the couple will burn incense in front of the ancestors. Lastly, all guests will gather at the groom’s house for lunch or thank you meal before the actual wedding in the evening.

Check out my article about everything you need to know before joining a Vietnamese wedding.

What is in the red gift boxes?

The red gift boxes, known as le vat in Vietnamese, are the gifts from the groom and his family brought to the bride’s house on betrothal day. These gifts can be seen as the thank you gifts from the groom’s family to the bride’s family for allowing the groom into the family. The groom’s family will give six to eight presents, each of which has a different meaning. I will explain it here:

The betel nut: This is the most important wedding gift, it stands for loyalty and love.

Alcohol and tea: These gifts represent the gratitude of the bride and groom to their ancestors. People will put tea and alcohol on the altar in order to ask for their ancestor’s agreement and blessings for the couple. 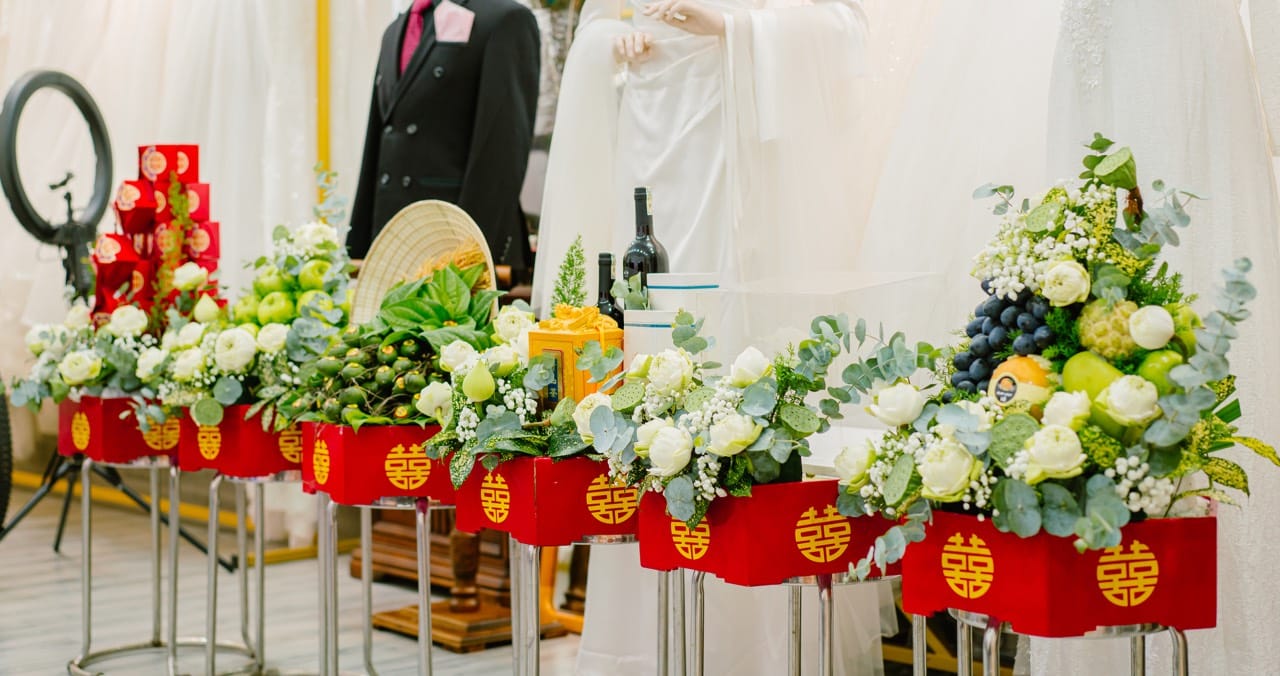 Fresh fruit: This sweet gift is a good blessing that ensures the couple will have a successful marriage and many children (the Vietnamese believe that children are gifts from God. The more kids a family has, the more blessed they are. Therefore, they had a lot of children in the past).

Wedding cake: One of these cakes is placed in the box: Vietnamese husband and wife cake (banh phu the), young rice cake (banh com), pia cake (banh pia), or the normal wedding cake (the one which is usually used for birthdays). It represents the five elements of yin and yang to demonstrate the unchangeable love of the couple. Some regions will replace the cake with a roasted pork.

Traditional wedding dress: Some families bring a traditional ao dai in red to gift the bride. The mother will give the ao dai to her daughter to wear on her betrothal day, after the groom and his family bring it to their house.

In the past, due to arranged marriages, the bride and groom usually did not know each other. When people reached marrying age, their parents found a matchmaker to ask for help. The matchmaker introduced someone with the same family status for their children to marry. That’s why the matchmaker plays a very important role in a wedding. Nowadays, the arranged marriage is out of fashion, however, the matchmaker still remains a part of the ceremony. He or she will lead the group of the groom to the bride’s house.

Arranged marriages came in other forms as well. Sometimes friends of the family agreed to marry their children.

Many areas of the south, especially Ho Chi Minh City, combine all of the ceremonies into one day. However, in some parts of the Mekong Delta, a wedding will have six ceremonies (known as “luc le”, luc is six and le is ceremony) that occur on different days. These are:

– Le giap loi (Introduction ceremony): The parents of the groom will go to the bride’s house with the matchmaker to talk about the marriage of their children.

– Le thong gia (Connexion ceremony): The groom’s family will invite the bride’s family over to their house for a visit.

– Le cau than: After the two families agree on marriage, the groom’s family will give the bride’s family two gift boxes.

– Le dam ngo (Permission ceremony): The groom’s family will go to the bride’s family to ask for their permission to bring the bride home.

– Le an hoi (Betrothal ceremony): This is an official announcement of the couple’s marriage. This usually happens a month or two before the wedding.

– Le don dau (Wedding reception): Once again, the groom and his family will go to the bride’s house with a decorated car and flower bouquet to bring the bride to her family. After this ceremony, a wedding party will be held.

Wedding reception in other regions

I hope my information will be helpful to you. If you are going to a wedding, also check my article about things you need to know before joining a Vietnamese wedding. Read about what to wear, what to give, and how to read a Vietnamese wedding card right.

Here are some other articles about Vietnamese traditions and customs:

The Beginner’s Guide to Vietnamese Gestures: Know These and You’ll be Speaking like a Local

Tags Activities In Sai Gon Thing To Do in Sai Gon 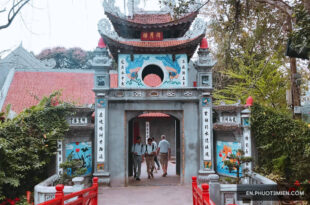 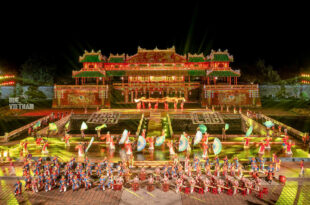 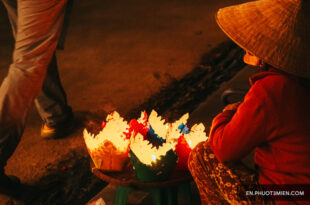 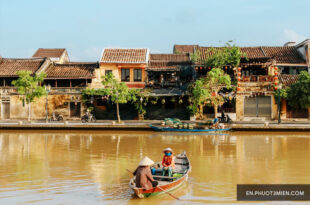 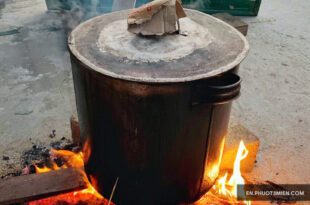 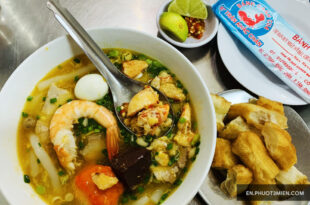