Where to Live as an Expat in Da Nang

Are you considering living in Da Nang? First things first, doing a little research about which areas to stay in Da Nang as an expat is always necessary. And we’ve got you covered. 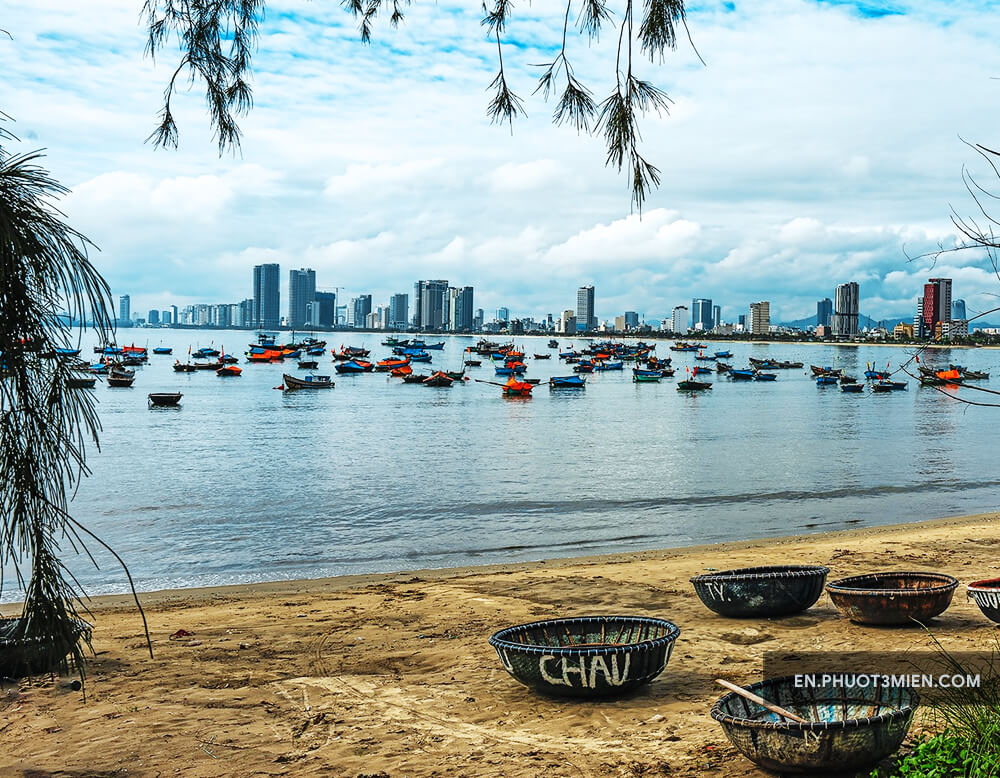 As you may know, Da Nang is a beautiful coastal city with gorgeous beaches, interesting historical sites, and natural scenery right out the back door. Not to mention, it has a great blended cuisine of the Central region and the North of Vietnam. These captivating features of Da Nang confidently makes it one of the most visited cities in the country with people coming from international destinations every year. As interesting as it gets for travelers, Da Nang also makes a name for itself as a very liveable city. You can do more than sunbathe on My Khe beach, or a motorbike trip to the Marble Mountains in a few days, you can actually live here for much longer. The four-lane coastal roads make it easy to get around and the abundant day adventures also make it a fun place to live. So here’s my question: Are you about to become an expat in Da Nang? If yes, stay with me because this article will provide the very first thing you should look into before living here: Da Nang neighborhoods.

An Overview of Areas in Da Nang City

According to the Da Nang official website, there are six districts: Thanh Khe, Cam Le, Lien Chieu, Ngu Hanh Son, Son Tra and Hai Chau; and two towns: Hoang Sa and Hoa Vang in this city division. Just like District 1 of Ho Chi Minh City or Hoan Kiem District of the capital Hanoi, Hai Chau is considered the center of Da Nang. Established more than 20 years ago, it is now the main portal in business and trade, creating jobs and attracting people from many places. It also has a fairly large population in comparison with other districts, which makes Hai Chau a bustling and happening city center. 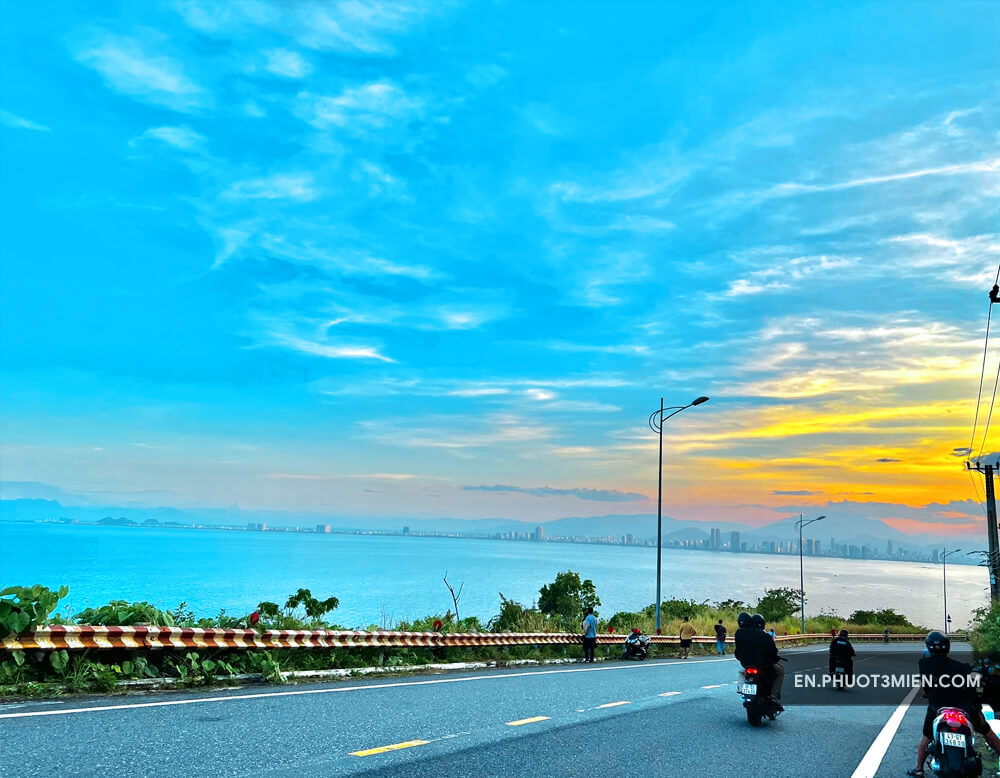 Besides the center district, I group the other coastal districts as an urban cluster of Da Nang city. These are Thanh Khe, Son Tra and Ngu Hanh Son considering their infrastructure development and urban planning. All of these districts share one distinct geographical detail, which is a long coastline stretching over important territories of the city. If you live in Son Tra or Ngu Hanh Son, you can enjoy many beautiful beaches of Da Nang, including both famous and pristine destinations. Not just limited to a place for local residents and business bases, this urban neighborhood is also filled with foreign travelers making it the most active area of tourism in Da Nang.

The remaining districts are situated far out of the city center, especially Lien Chieu reaching all the way to Hue province. Also because it is so far away, many universities and colleges were built here just like the legendary “university village” in Thu Duc district of Ho Chi Minh City. Even though it is not the center of the city, Lien Chieu stands out in its own way as a manufacturing hub with two major industrial areas. It’s still busy like other districts, but it has a different vibe. As for Cam Le, it is more remote. Out of eight divisions of the city, Cam Le is the only district that doesn’t border the sea. However, there are two gentle rivers flowing to the northeast of Cam Le. Since this area is a suburb in Da Nang, Cam Le is now crowded with luxury apartment complexes and residential areas. Sounds like District 7 and District 2 in Saigon to me!

Hoang Sa and Hoa Vang are the only established towns according to Da Nang’s administrative division. Different from Lien Chieu district, Hoa Vang is an agriculture land with intense forest coverage, especially Ba Na – Nui Chua national nature reserve. This town also occupies a large area of Da Nang; in fact, it takes up more than 50 percent of the city. The living environment here is more tranquil and laid-back than the center, adding to the delightful calmness that Da Nang always emanates.

In general, a city has many neighborhoods and depending on your individual needs, one will definitely stand out. Normally for tourists, things like where to find the best dishes, where to go for a drink, or where to stay is easy to find as its usually concentrated to one or two districts. Today, let’s discover Da Nang through the eyes of an expat: areas that are suitable for foreigners to live. 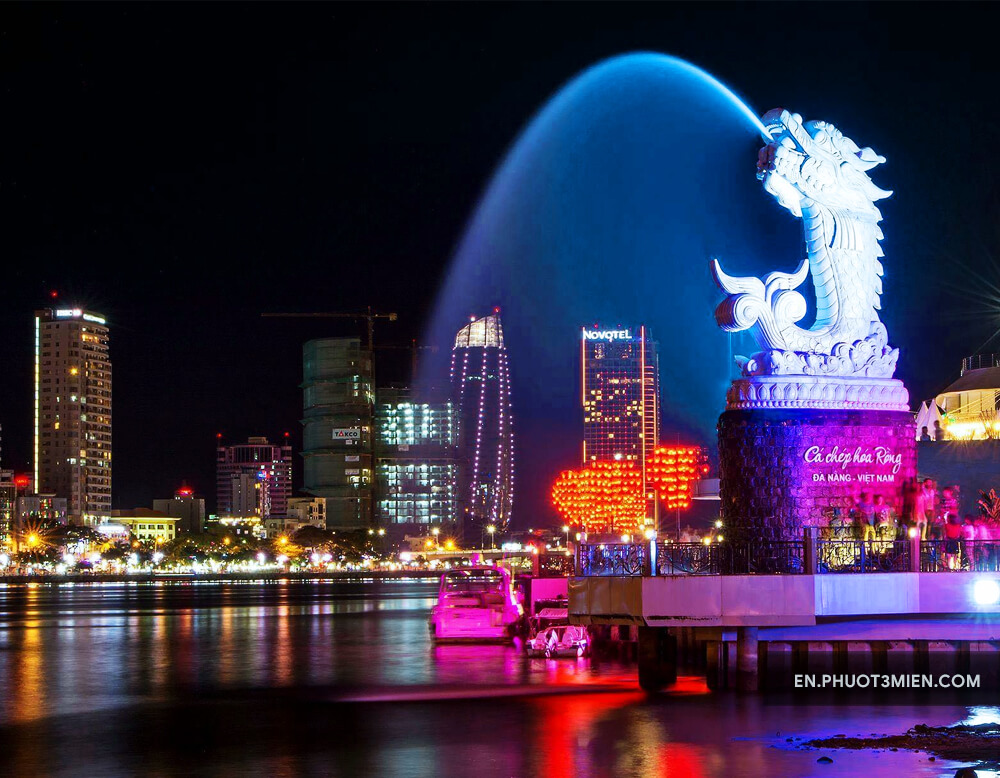 First off, let’s use the Han river as our touchstone in which to divide the main areas of Da Nang. The west side of the river has a strong local neighborhood feel while foreign tourists as well as expats tend to stay on the east side. Now let’s break them down to see what’s interesting in each area.

Located to the southeast of the city, the expat area in Da Nang sits right next to the beach. This includes parts of Son Tra and Ngu Hanh Son district to form a very busy neighborhood fully packed with travelers. In fact, this area used to be rather suburban compared to other local districts. Now foreigners are settling in quickly and they have changed the face of the neighborhood. If you look back around half a decade ago, you will see that there was a lot of empty land along the beach. Only a few large hotels or resorts were situated along Vo Nguyen Giap and Hoang Sa streets, leaving huge gaps with wide and open land. 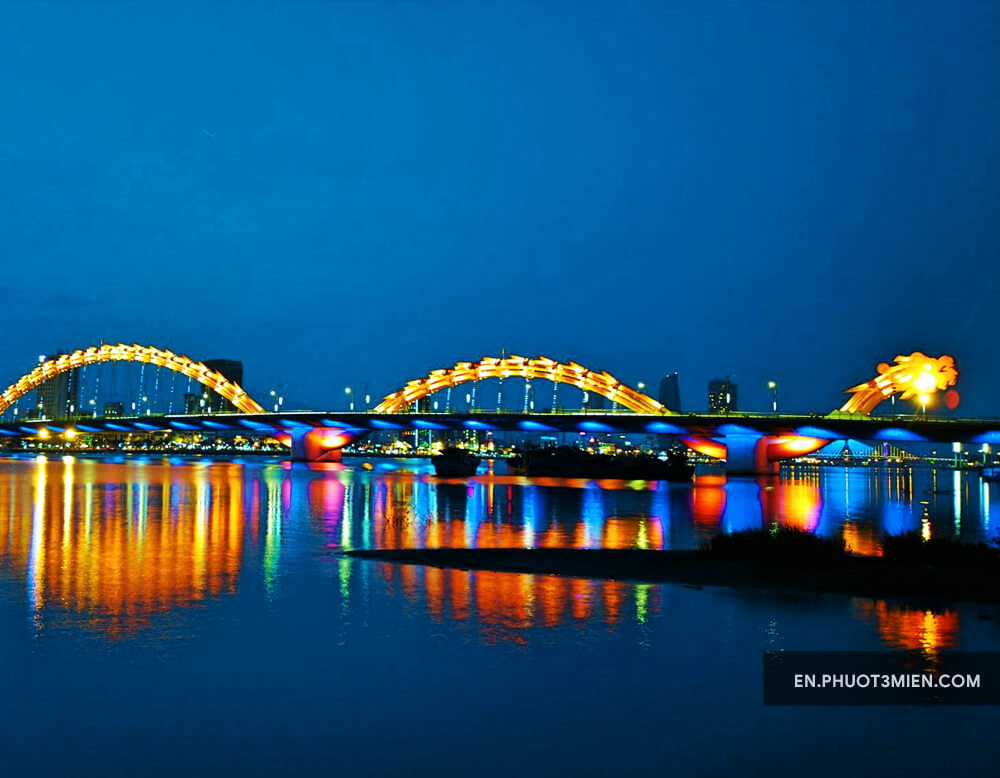 Time passed with lots of rapid change, especially in residence development. In order not to waste such incredible potential in urban planning, many apartments were built to form a dense foreign neighborhood. This encouraged more facilities, shopping, food, beverage establishments, beauty care, and even sport centers to be built along the residence complexes. Not only does this support the city’s tourism, but it also opened a new direction to develop Da Nang infrastructure to an international standard.

If Saigon has Bui Vien street and Hanoi has Ta Hien street, Da Nang has An Thuong town. Established early in 2018, it was planned to become a neighborhood for tourists with 24/7 service. After a few months of introduction, An Thuong has become very famous for its number of foreign travelers and expats staying here. Even though it welcomes every type of visitor, non-Vietnamese tourists seem to enjoy living in this town the most. Foreigners can surely have an amazing traveling experience through their very own style specially blended with local vibes. As you move closer to the Han river in the My An neighborhood, the more local it gets. Actually, one of our editorial team members lived close to the Da Nang University of Economics and loved the area for its more local feel. The road along the river on the east side has calm cafes and even a few apartments. You’ll even find some mint fields and small farms.

One more thing that can add to An Thuong’s specialty is that it’s inspired by the exclusive South Bank district in London. This area in Da Nang is said to be very similar to the River Thames town but with a beachy vibe. Situated in Ngu Hanh Son district, An Thuong is quite a small town but it has lots of entertainment and travel services, covering accommodations to surf board rental. Hotels, renting apartments, restaurants, pubs, souvenir shops, you name it. Everything is walkable and there is a little something for everyone, it’s also not too far from more local neighborhoods if you are interested in getting to know the people of Da Nang. With its day-to-night service, you will never be bored in this busy neighborhood. So no worries if you’re feeling homesick here, because An Thuong is full of bits of your own countries!

What about the Local Area?

Let’s move to the west side of Da Nang, where there is a large population of Vietnamese, which creates a very different vibe from the east. Hai Chau is the center district in this area with its border spreading along the Han river. However, not all areas in Hai Chau are considered urban zones since it stretches across quite a large area. Among 13 administrative wards in the district, only Hai Chau 1 and Hai Chau 2 have high urban density, which means there are more vendors to try, more populous places to discover, and more local people to meet. Bach Dang is very well-known for being a very busy street with tons of entertainment activities. So if you’re looking for a modern Vietnamese experience, pay a visit to these wards in Hai Chau district to immerse yourselves in our local life. 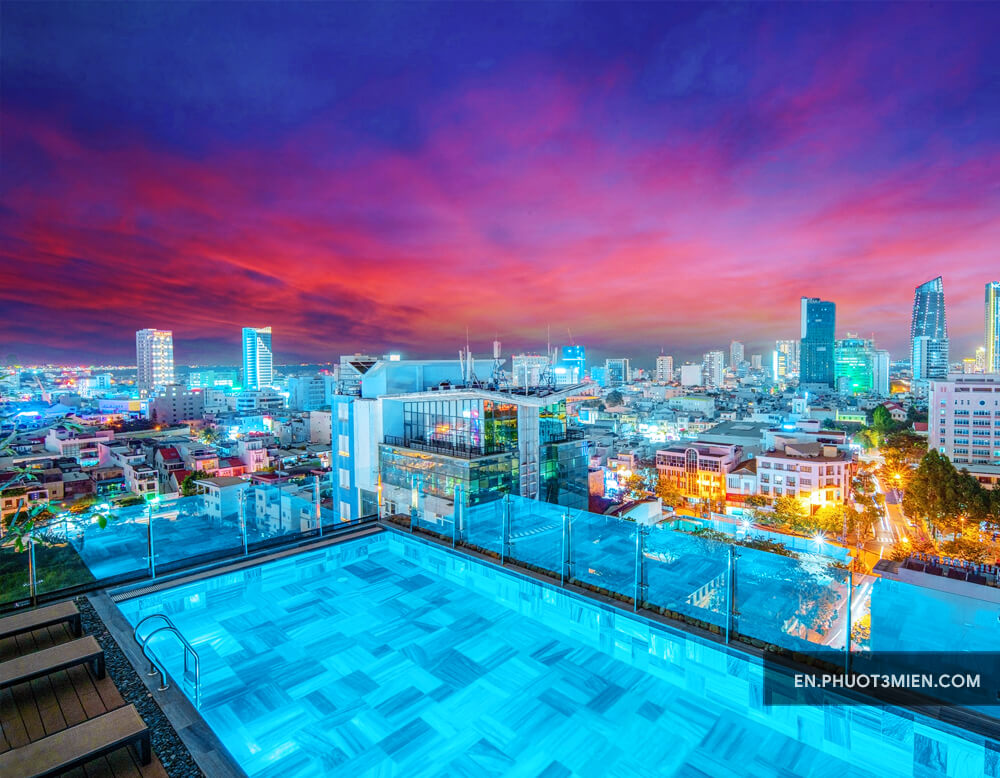 Besides Hai Chau, Thanh Khe is also a major local district in Da Nang. There are many local restaurants here with signature Da Nang dishes, including banh trang cuon thit heo (rice papers with pork), banh xeo tom nhay (crispy pancakes with shrimps) and many other amazing foods. Being a coastline district, Thanh Khe would be incomplete if its food culture did not have a seafood category. It is home to one of Da Nang’s most famous seafood markets – Thanh Khe Dong Ward. It’s also located right next to Hai Chau so moving from one district to the other is extremely convenient. In fact, places are quite close to each other in Da Nang and the traffic is never bad, so no matter where you live, you can easily travel around the city. The east and west parts of Da Nang are actually closer than you think! So it’s very easy to live in a quiet area and get to more happening parts of the city at night.

Renting an apartment or even a home may seem daunting. However, there are many people in the area that are willing to help with loads of knowledge. The easiest way to get started is to rent an Airbnb or stay in a hostel while you explore your options. Christina’s actually has properties in all of these great neighborhoods and our hosts are always quick to impart their knowledge if you need help. Check out our listings here and choose a neighborhood to discover.

After you have figured out where you would like to be, start your search. I find it easiest to begin with expat Facebook groups based in Da Nang. There is a great wealth of experience and knowledge that you should tap into. Some are more specific than others, you can find buy and sell specific groups where hosts and agencies like to post apartments for sale. Otherwise, you can also walk into an agency or simply just contact somebody. Shop around like you would anywhere else and talk to the local expats. Word of mouth will you get you a better deal and a better place. Most of these places are month to month anyway, so if you don’t like it, just move on!

Da Nang has a much simpler neighborhood layout than other big cities in Vietnam like Ho Chi Minh City and Hanoi, promising a comfortable life but still with quality living standards. Check out our other articles to find more information about this amazing city:

A Complete Guide to Seafood in Da Nang

Tags Thing To Do in Da Nang 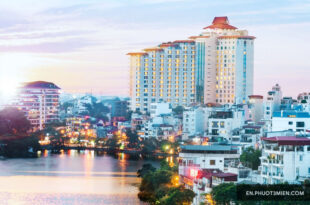 Best Accommodations in & around Hanoi (Mid-Range/Luxury) 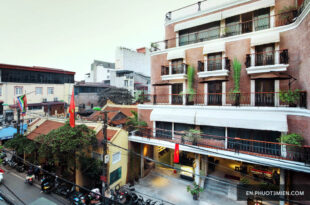 Our Recommended Homestays in Hanoi 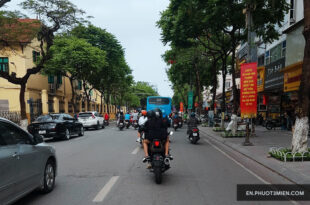 Guide to House Rentals in Hanoi (All Budgets) 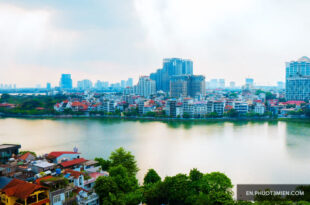 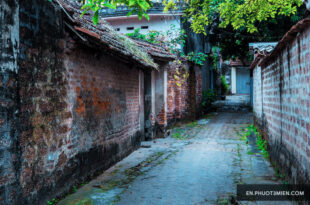 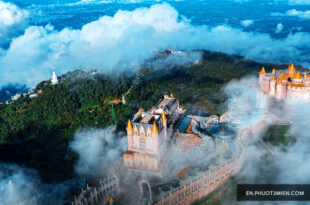 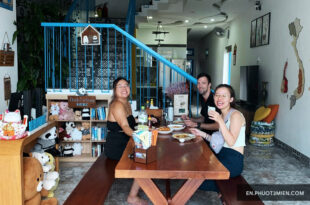 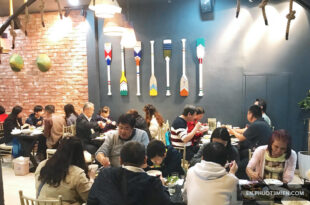 Where to Eat Vegetarian Food in Da Nang 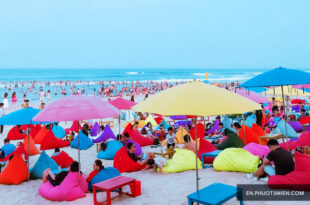 When Is The Best Time To Visit Da Nang